On September 18, 2020, Gov. Phil Murphy signed environmental justice legislation intended to address the disproportionate impacts of pollution on communities by restricting certain industrial operations from entering or expanding in those communities. The law is based on the premise that, and creates a new definition describing, certain communities are “overburdened” because they have historically been impacted, more than other communities within a geographic area, by operations that tend to generate pollution. These “Overburdened Communities” as now defined in the law, share at least one of the following characteristics:

The Department of Environmental Protection is charged with compiling a list of “Overburdened Communities” in the state. However, as described, the definition may be expected to encompass many, if not all, urban areas in the state where residences co-exist with industrial uses, as homes in such areas are typically the least expensive homes in an urban area to rent or own. Often, the housing stock proximate to such facilities was previously known as ‘worker housing’ and in some cases, was constructed by the owners of the industrial facilities and built either at the turn of the 20th century or during the post-World War II manufacturing boom. The current operations which are defined as “Facilities” targeted by the new law are the following: any major source of air pollution, resource recovery facilities, incinerators, sludge processing facilities or combustors, large sewage treatment plants, large transfer stations and solid waste facilities, recycling facilities receiving at least 100 tons of material per day, scrap metal facilities, landfills and some medical waste incinerators.

Under the new law, each of the above-described types of operations will be subject to additional layers of scrutiny whenever an application for a new facility permit, or an application for a major modification of an existing permit, or an application to expand operations is submitted to the Department for approval. The heightened review’s exact extent is not completely clear as the Department is required to promulgate regulations before the new review process commences. Still, there are two specific requirements of that process highlighted in the law. First, no application will be reviewed unless accompanied by an environmental justice impact statement, which does not have a specific definition in the law. That statement must include an assessment of the “potential environmental and public health stressors” that is, all sources of environmental pollution (whether avoidable or unavoidable) which may be expected to arise from the proposed operation, as well as any potential health conditions which the proposed operation may cause in the community. These conditions include asthma, cancer, elevated blood lead levels, cardiovascular disease and developmental problems. It is not known if the Department’s regulations will provide a methodology for determining, on a consistent scientific basis, reproducible evidence of connections between a Facility’s operations and adverse health impacts of nearby residents. The environmental justice impact statement must also contain a description of the environmental and public health stressors already present in the community.

Once the statement is prepared, it will be submitted to the municipality where the Facility is or will be located, and to the Department, who will post it on the Department’s website. The applicant will then hold a public hearing on the application at which the environmental justice impact statement will be presented, and comments will be solicited from the public. Following the hearing, the Department will consider the public’s testimony and determine whether there should be conditions placed on the permit being sought by the applicant in order to “avoid or reduce the adverse environmental or public health stressors affecting the overburdened community.” The law does not describe nor limit the type of conditions that the Department may impose, nor does it appear to limit the Department’s discretion to impose conditions to only address those adverse environmental or public health stressors caused by the Facility at issue.

There are several exceptions from the scope of the new law. Permit applications for remediation activities do not trigger the public hearing requirement and the possibility of additional conditions being imposed, even where minor pollution levels will be allowed to remain in the soil or groundwater. Further, certain provisions of the new law raise significant questions for regulated Facilities. It is not clear if the law’s public disclosures would constitute voluntary disclosures of violations under other state and federal laws. The enforceability of conditions imposed on industrial applicants which are based on the science underlying such a connection may be questionable. Modern science has yet to provide consistent and reproducible evidence of a direct connection between certain conditions and stressors identified in the law and potential health impacts on communities. Likewise, would meeting the conditions imposed by the Department, regardless of scientific foundation, be sufficient to protect the Facility from liability if health impacts are documented in the future? It will be necessary for the Department, charged with administering the law, to provide clarity and reasonableness when bringing the law’s admirable intent into real-world situations. 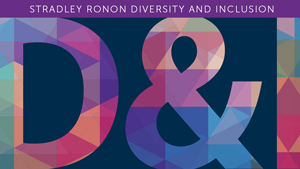 Sara Crovitz, most recently Deputy Chief Counsel and Associate Director of the U.S. Securities and Exchange Commission’s Division of Investment Management, provides counsel on all aspects of investment company and investment adviser regulation. She worked at the SEC for 21 years, including 17 years in the Division of Investment Management focusing on issues under the Investment Company and Investment Advisers Acts of 1940. While in the Division, Sara supervised the provision of significant legal guidance to the investment management industry through no-action and interpretive letters, exemptive applications, IM guidance updates and other written and oral means.

Matthew DiClemente represents registered investment companies and their boards of directors, investment advisers, private funds and broker-dealers in a wide range of regulatory, corporate and transactional matters. His clients include several of the largest investment management firms and fund complexes in the country, insurance companies, private fund sponsors and family offices. Matt serves on the firm’s board of directors.

As co-chair of the firm’s environmental practice group, Andy Levine is widely recognized by industry leaders for his strategic environmental counsel, practical financial solutions to complex challenges and innovative approach to expanding the energy economy in the mid-Atlantic region and beyond. Having started his career litigating multimedia enforcement cases for the federal government against refineries, pipelines and solid waste companies, he was soon recruited by Waste Management to implement these very types of programs on the corporate side. While at Waste Management, Andy oversaw landfill and transfer station expansions, permitting and compliance throughout the Eastern Seaboard, and also developed the strategic landfill gas-to-energy program that formed the basis for his current energy practice in natural gas, and synthetic gas.

A member of the firm since 2003, Brian Seaman is an experienced products liability and health care attorney with significant trial experience. Over the last decade, Brian has successfully defended national manufacturing clients when disputes arose regarding their products (including pharmaceuticals, combustible truck tires and exercise equipment), and regularly defends health care organizations on ERISA and coverage issues. He is also an experienced trial attorney and has acted as trial counsel on many state and federal court trials (as well as more than 20 arbitrations and mediations).

Catherine Ward has spent much of her practice helping clients understand the complexities of regulations at the intersection of science and law. Her focus is on simplifying complex issues and multi-disciplinary projects into workable components, and then creating the necessary framework to accomplish her clients’ goals. With experience as a chemist and environmental consultant, she brings a unique perspective to assist companies – who are navigating often conflicting legal scenarios – in identifying opportunities and advantages. Cathy also has over a decade of experience in owning and operating industrial real estate, which gave her an understanding of and appreciation for the practical implications of legal issues. Her goal in every representation is not only to solve the problem presented, but to identify and facilitate the most cost-effective and beneficial means of doing so.